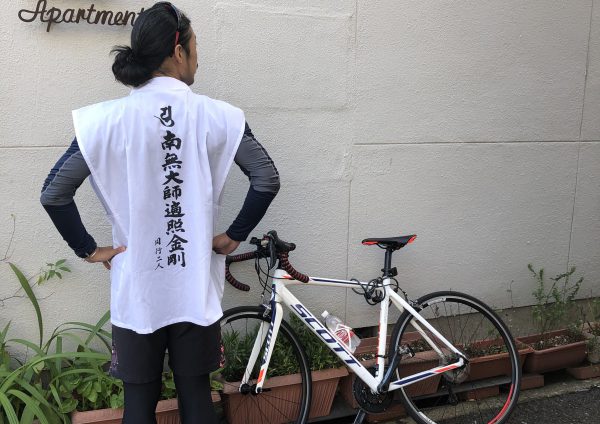 On the third day of Shikoku henro, we will depart for the 82nd to 78th fudasho. 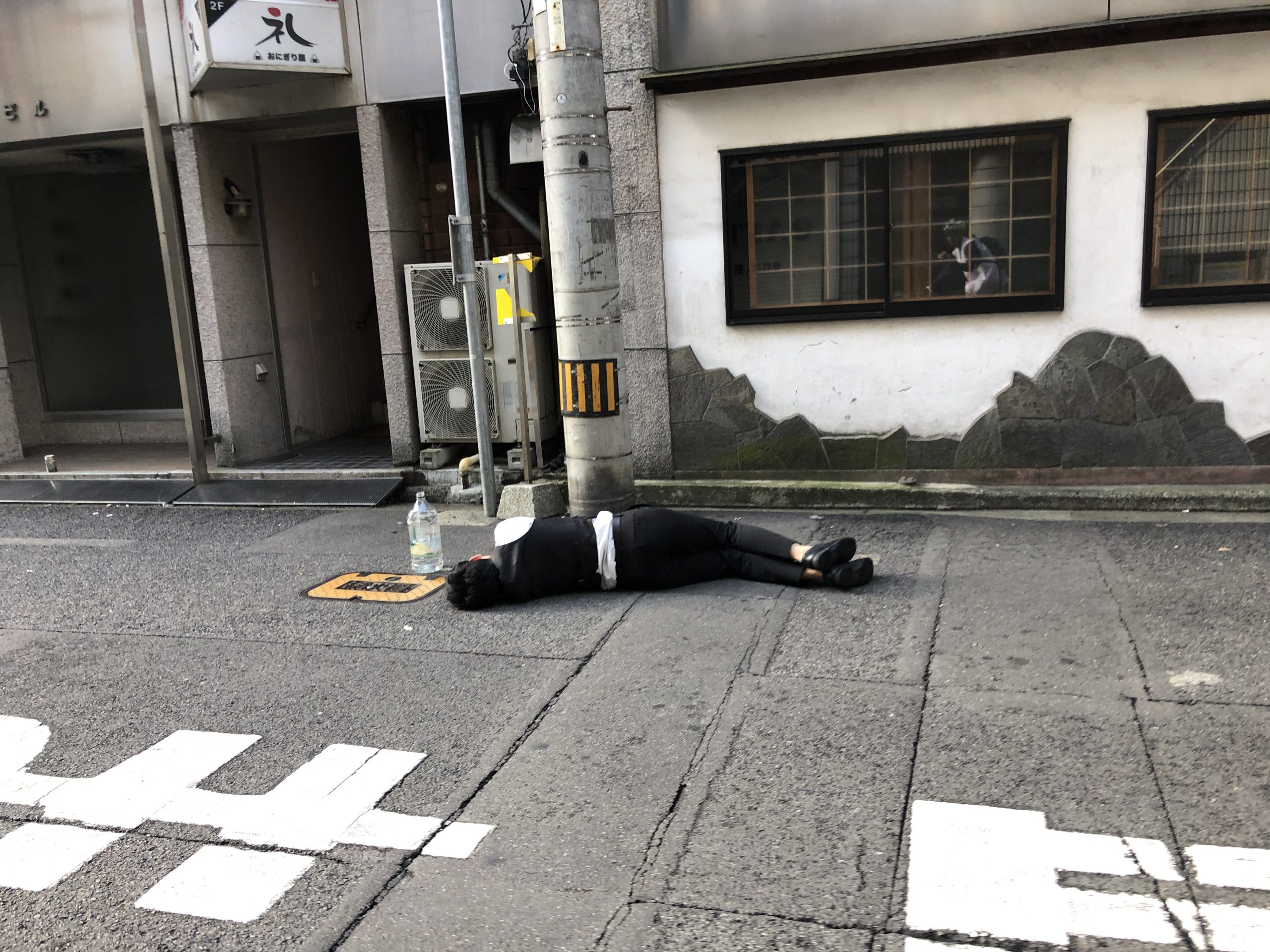 There was a person who had a good night’s sleep in the middle of the road.I guess he was hangover..i dont’t know.. 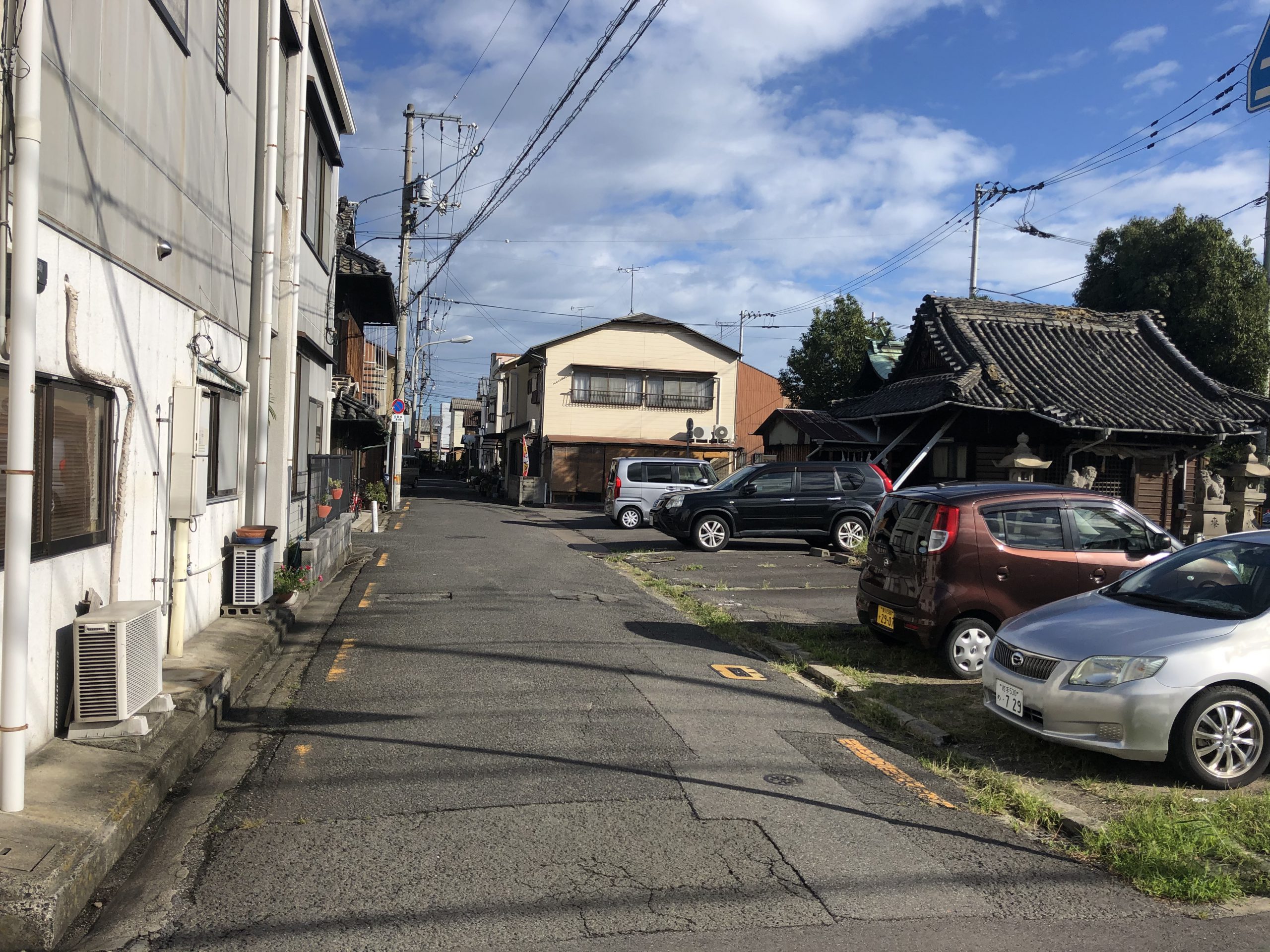 You will pass by the shrine where the Ogimachi cafe is located. 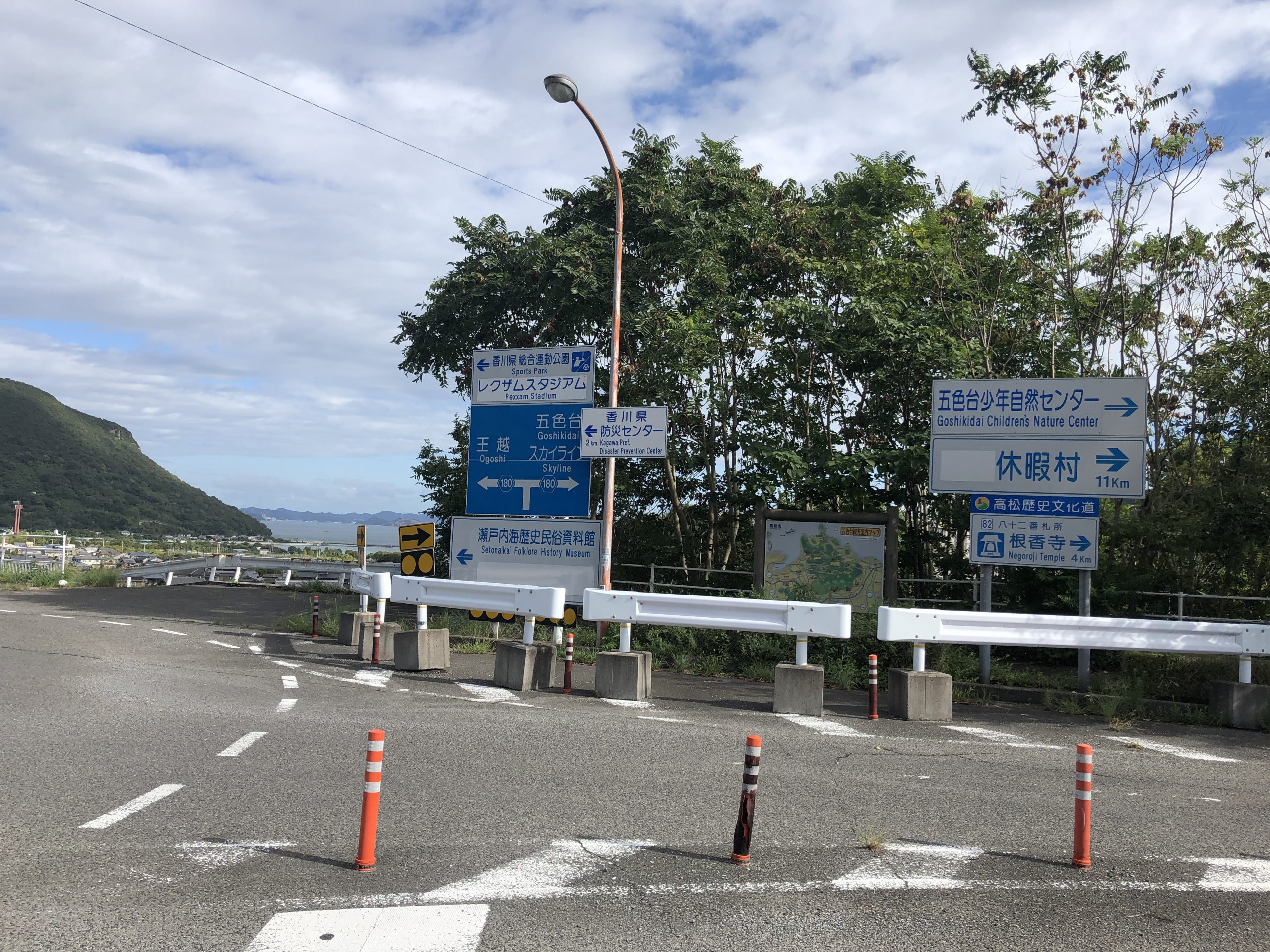 Go to the left and you will see the Regzam Stadium.
Turn right to Negoro Temple. 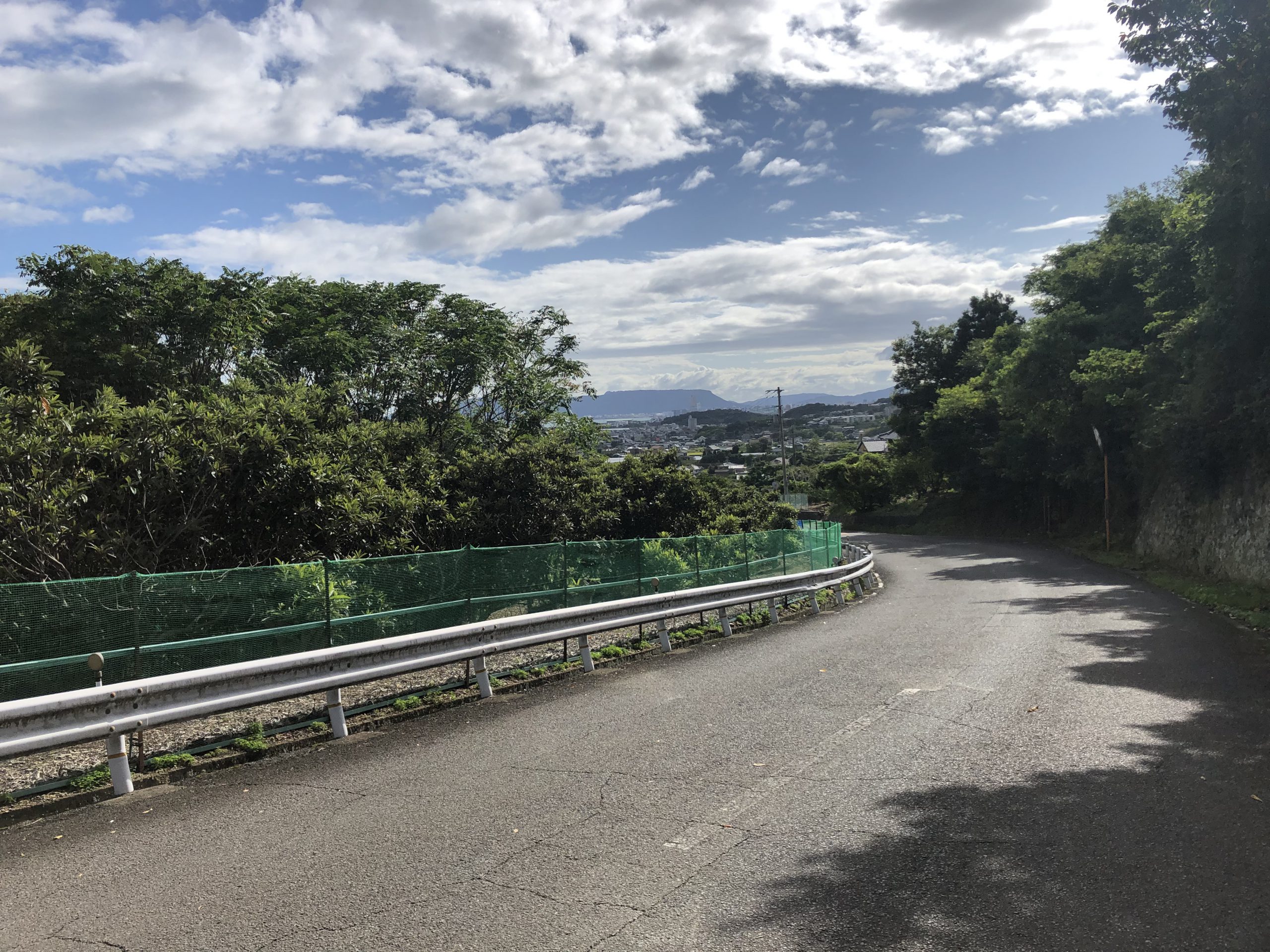 The rest is just a slope 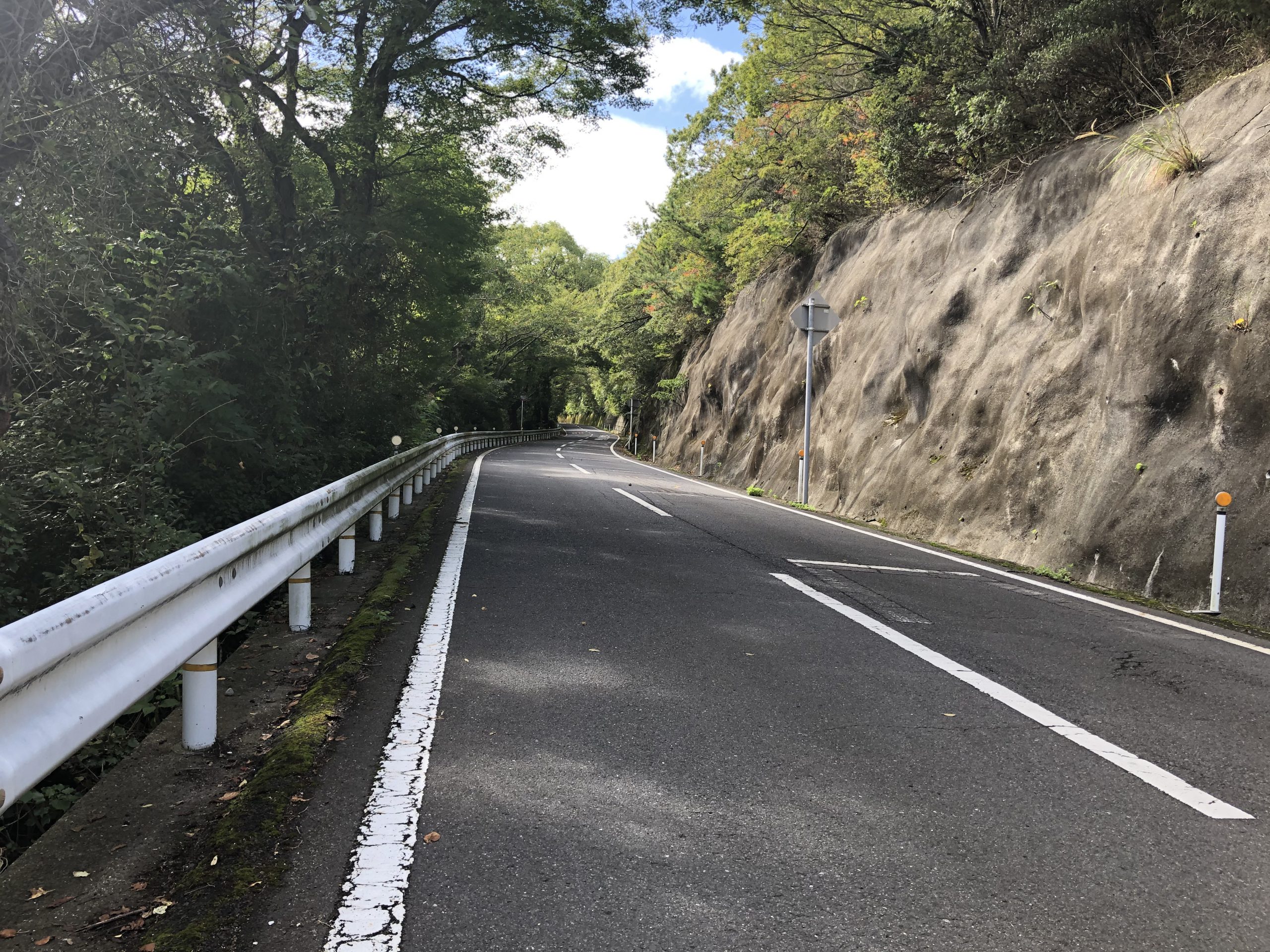 4 ~ 5km on a slope. I gave up my bicycle from the middle and started to walk. 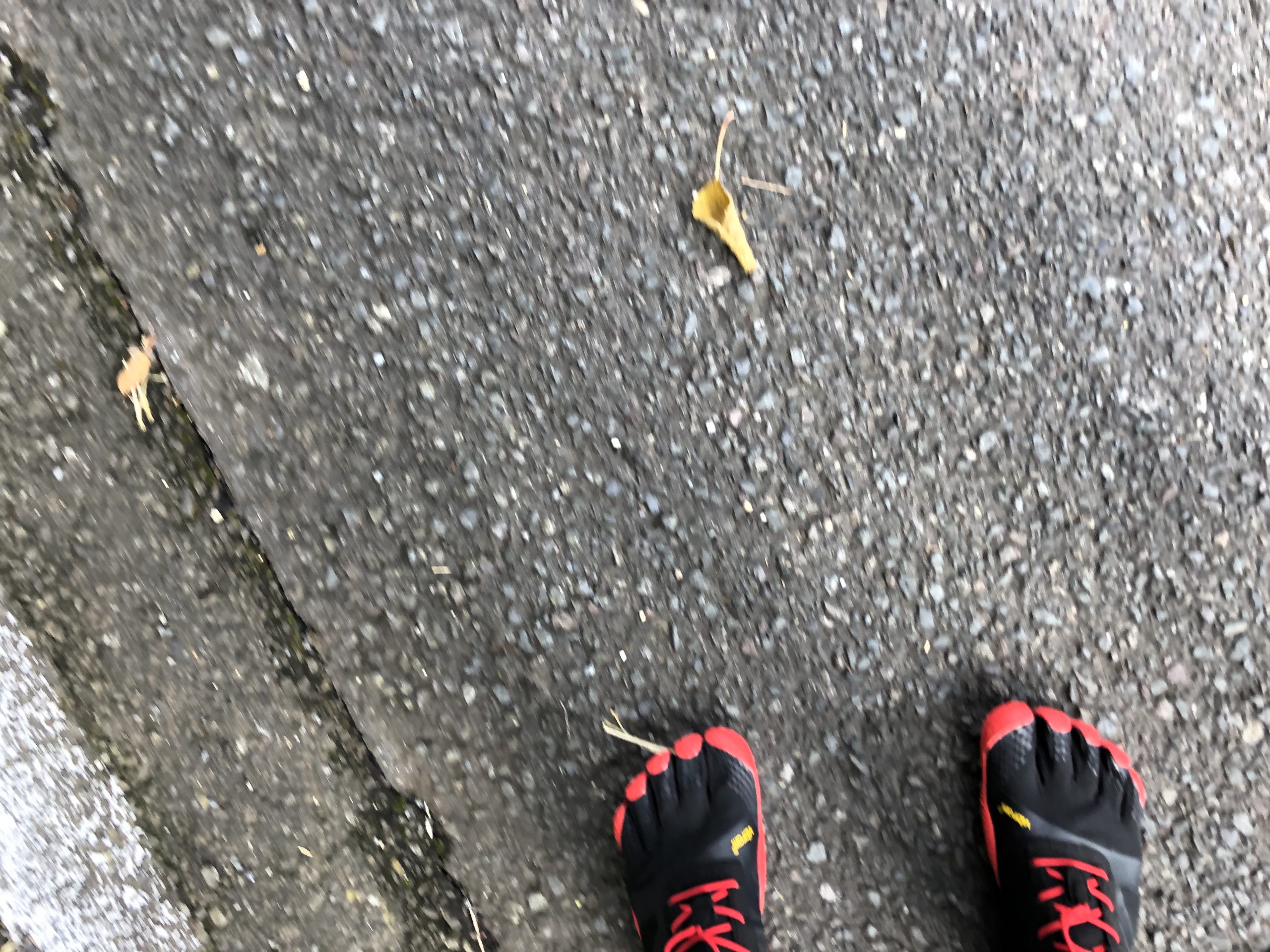 Jika-tabi sneakers given to me by my German cousin are very active. It reduces the show of your legs. 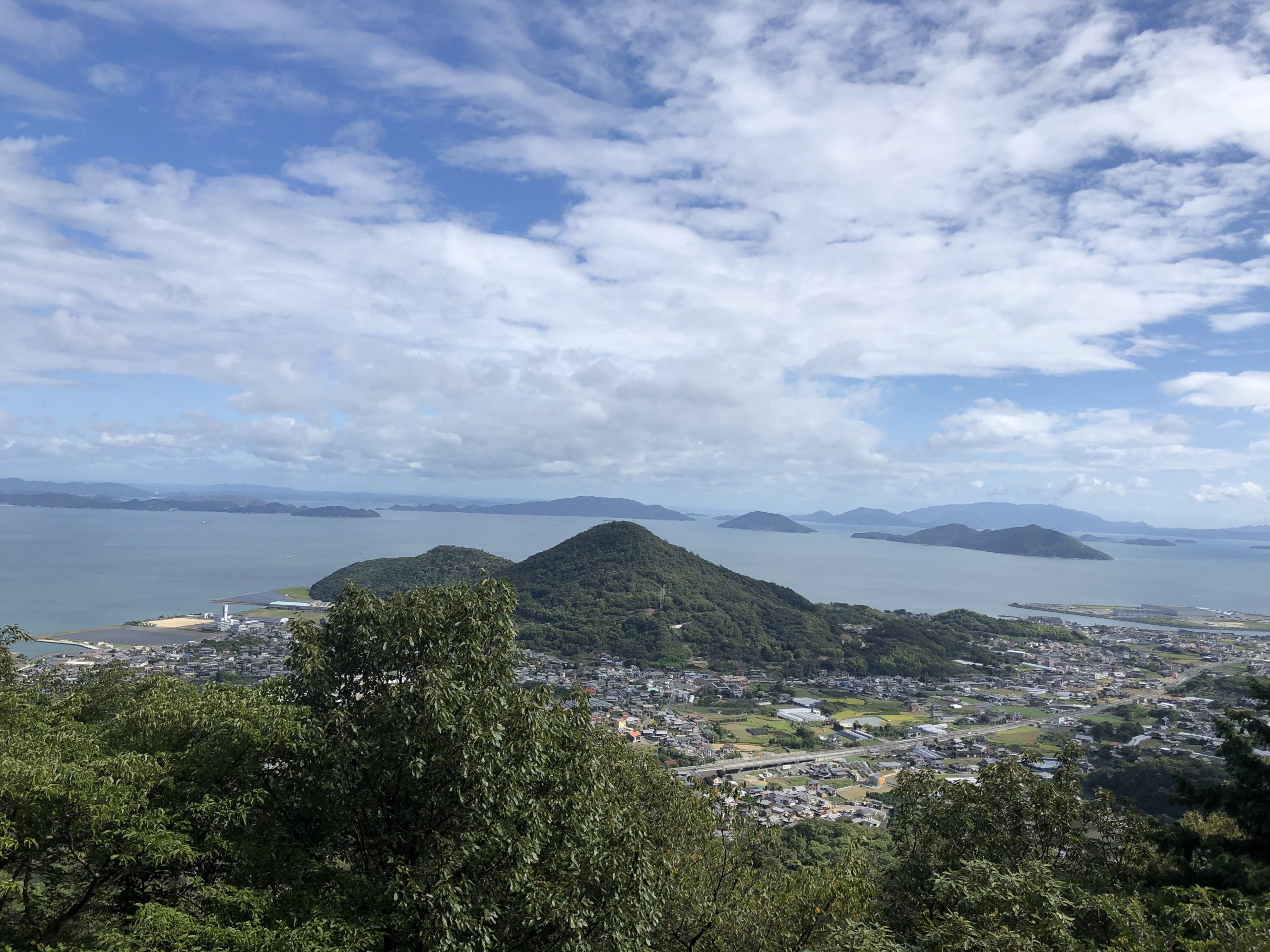 I saw a very beautiful view. I finally arrived at Negoro Temple.
1 hour from departure. The slope is quite responsive.

ーーーーーーーーー
Negoro Temple （以下HPより引用）
A former giant monument standing on Mt. Aomine, the main peak of Goshikidai. Kobo Daishi, who felt the Goji Nyorai of the Kongokai Mandala on the five mountains, established “Hanazo-in” in Aomine as a place for esoteric training. Later, when Daishi’s nephew, Chisho Daishi, visited, he met Ichinose Myojin, the guardian of the mountain, who said, “Make a dojo in Bishamonen valley, Renge valley and Goya valley in this area, and a Kannon statue from the lotus valley tree.” Chisho Daishi carved a statue of Senju Kannon in the lotus valley tree, and built and established Sente-in. It is said that “Hanazo-in” and “Senden-in” were collectively named “Negoroji” because they continued to emit fragrance from the sacred tree stump. Later, it was rebuilt by the Takamatsu feudal lords, and it was converted to Tendai sect at that time.

The temple has the following legends: A long time ago, Aomineyama had a horrible monster that eats humans, “Ushioni”. The villagers asked bow master Yamada Kuroudo Takakiyo to get rid of him. However, as Takayoshi entered the mountain, the bull devil did not appear easily. So Kogyo made a request to the main deity of Negoroji. Then, on the 21st day, the bull devil appeared and was struck by an arrow in his mouth. After chasing the fleeing creature, he found it dead about 2 km to the west of Sadagabuchi. Takayoshi cut off the horn of the bull devil and dedicated it to the temple. The corner is still preserved in the temple. Ushioni’s image is popular as a talisman. 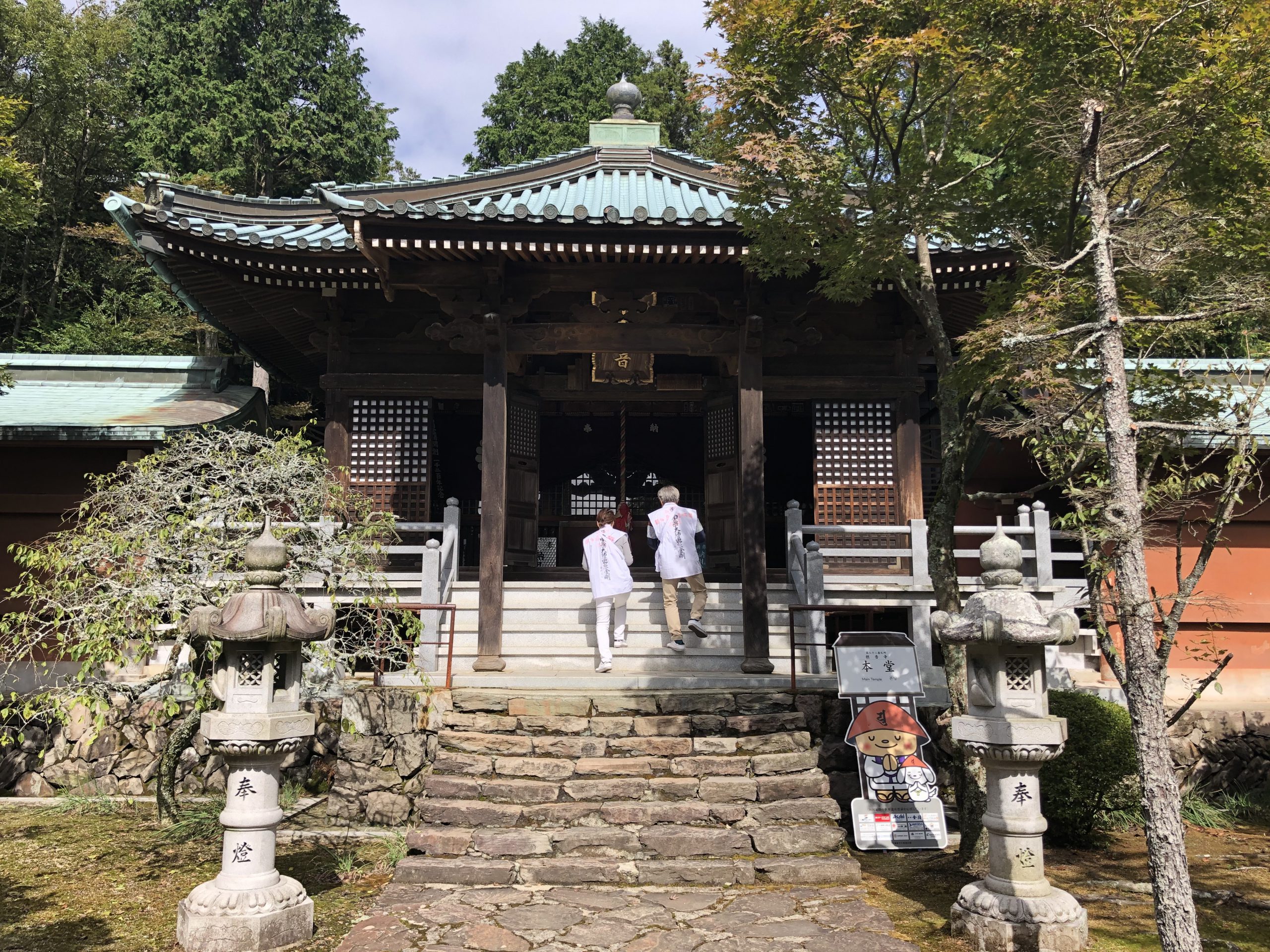 Visit the main hall and worship at the Daishido 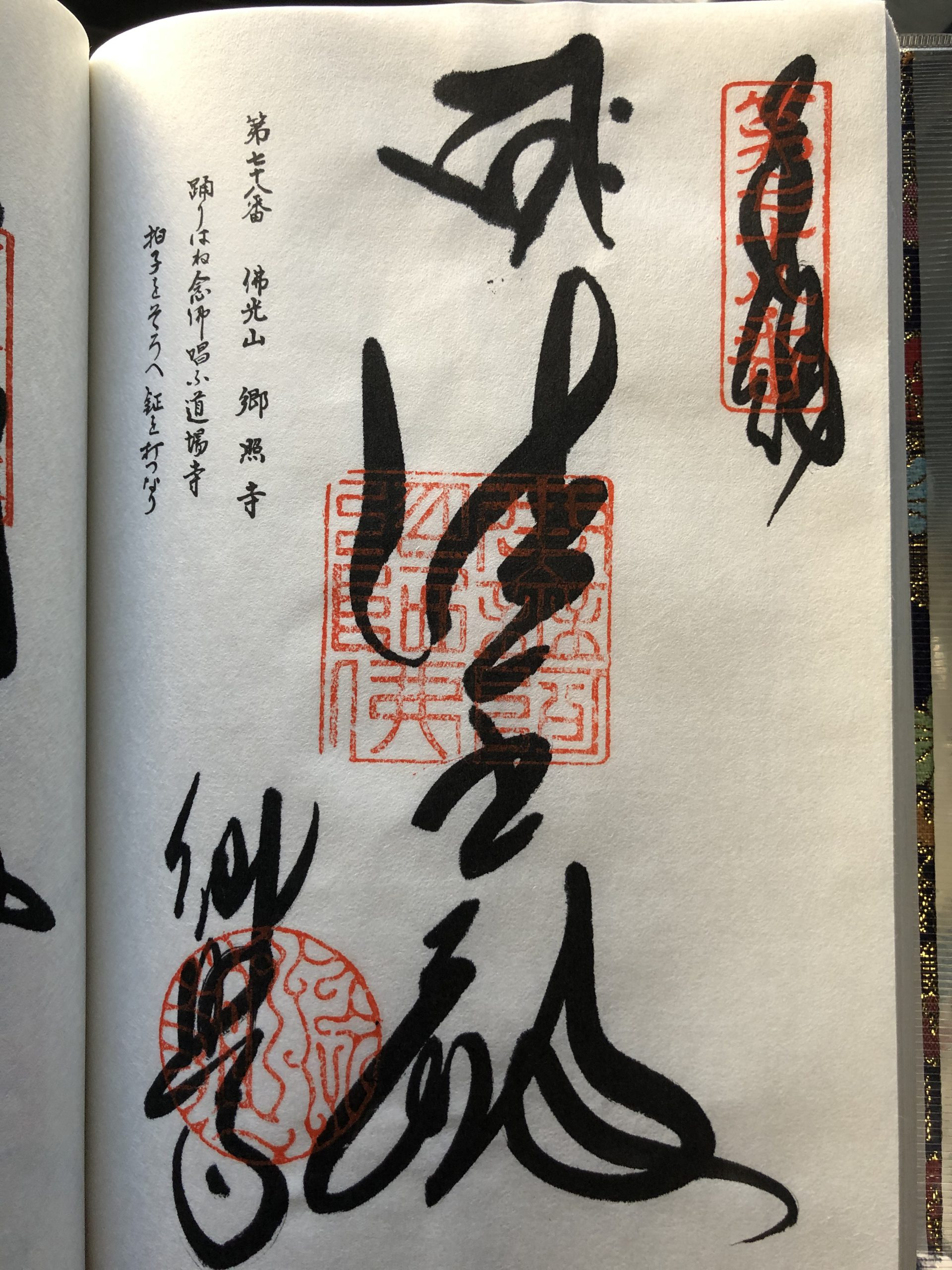 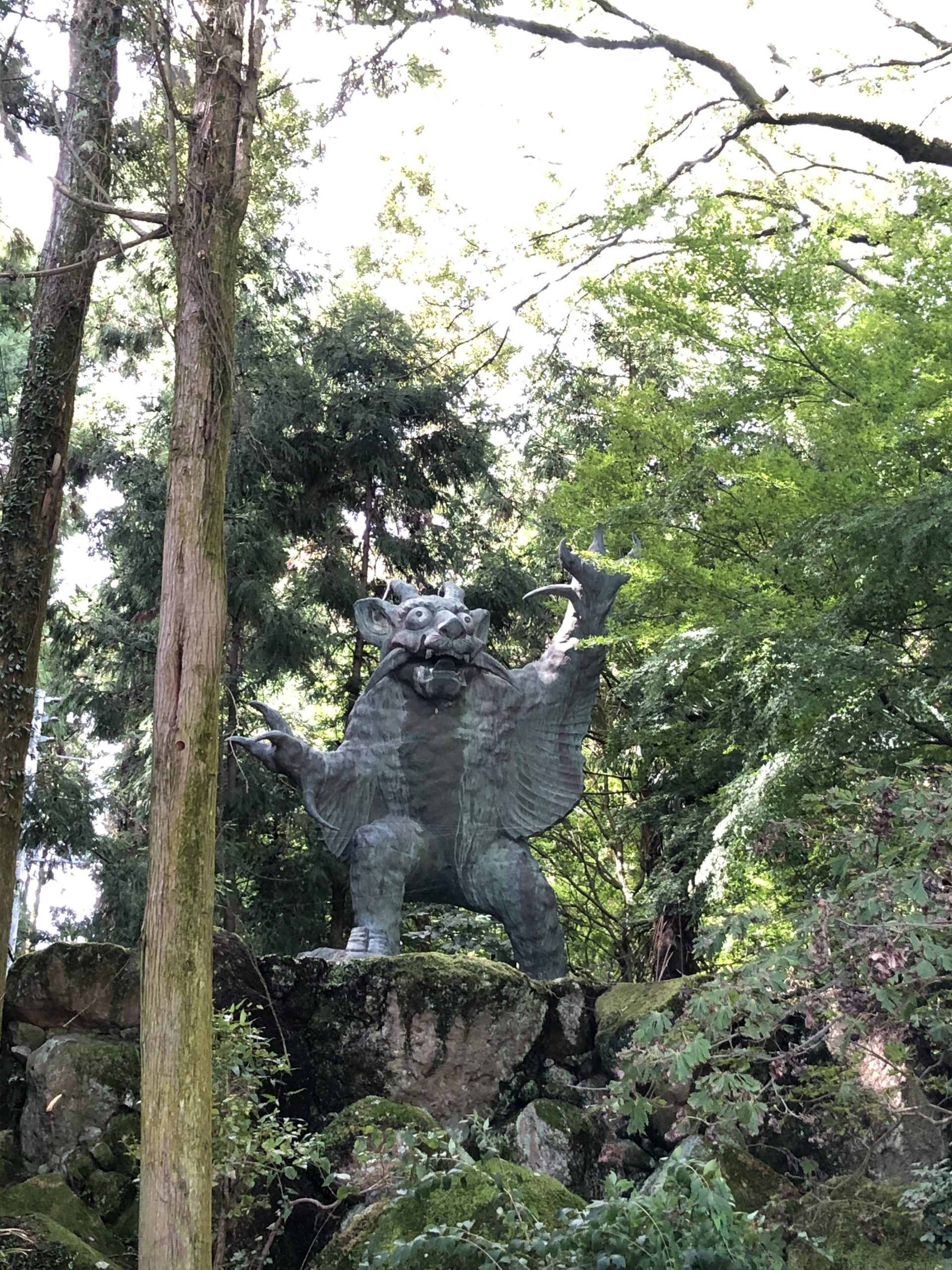 This is the monster called Ushioni. Next, we will continue on the mountain road to Shiromineji Temple.