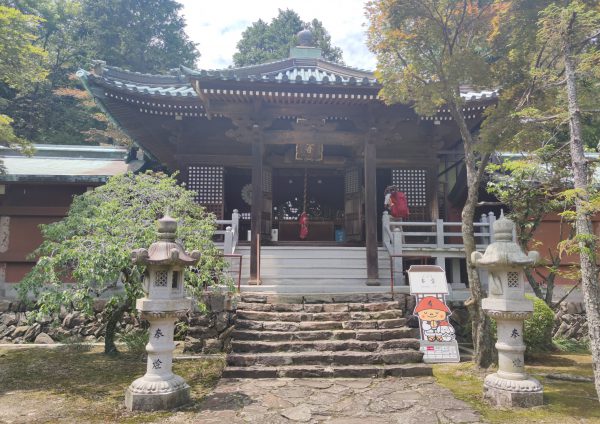 Even though the temperature was 31°C, I decided to go on an adventure to the 82th temple on the 88 Shikoku pilgrimage on my bike.
The temple is located on a mountain and is 10,2km from Traditional House Akane. The bike ride over to the mountain is along a big road, but the closer you get to the mountain, the more countryside it also becomes.

It’s a nice little getaway from the city, and there is plenty of rice fields, and cute buildings on the way.

When I got to the mountain it was way to steep for my little bike, so I had to pull my bike the rest 4km up the mountain. It was super hot and humid, but the view you get on the way up makes it totally worth it! Not to mention the temple itself is also really pretty!

I have visited a bunch of the 88 temples and this was the one that had the most pilgrimage walkers that I have seen. I found it really funny that a whole group of pilgrimage I met, just drove up in their car, took their walking canes out the back trunk, visited the shrine, and then drove away again. Presumably to the next temple. With the heat that day, I don’t blame them though.

I also met a sweet older couple that had seen me pull my bike up the mountain, and they told me to “Fight on”, which I found really adorable and encouraging. 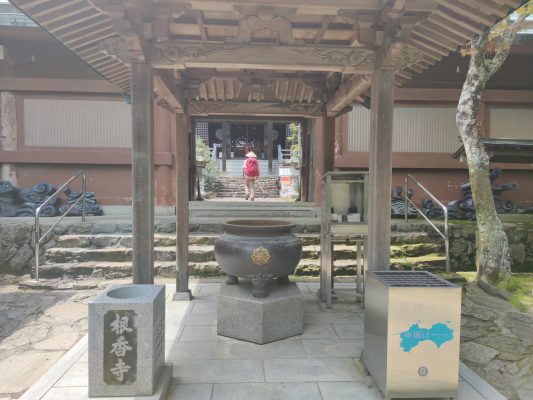 Here is the main temple. A wandering pilgrimage can be seen in the background. 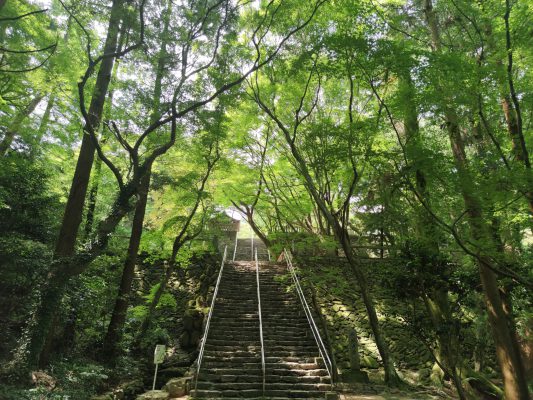 The temple is located on top of these stairs.

The area is so green and is bustling with crickets, birds, and other animals.

If you go up there try to close your eyes and just listen to all the sounds around you.

Right beside the temple, you’ll also be able to see this monstrosity. 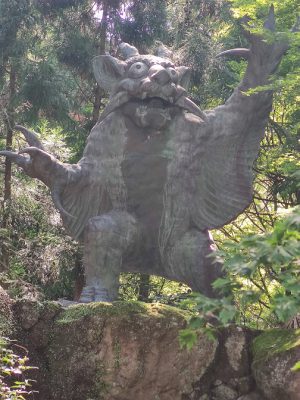 It’s a people-eating demon, also known as the “Ushioni” or Ox demon.

It’s believed that 450 years ago, it rampaged the village, and they were forced to hire a master archer, who went to the Negoroji Temple to pray. It is believed that because of this, he was able to find the beast and slay it.

There are no vending machines on the way up or near the temple (at least not what I could find), so be sure to bring plenty of water, especially if you are going on a hot day.

The whole trip took me about 3,5 hours from start to finish, but I was also doing it on a bike. If you have a car, it will probably be way faster, and you won’t have to die in the heat as much as I did.

If you are feeling more fresh than I was, you can even visit temple no. 81, which is another 8km away.