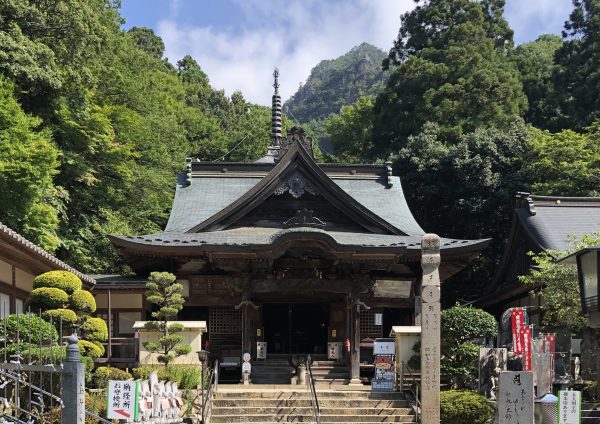 I wanted to leave before the sun rose, but I ended up leaving at 6:15 am.

Aim for the 88th Okubo Temple, the first temple of the reverse pilgrimage. 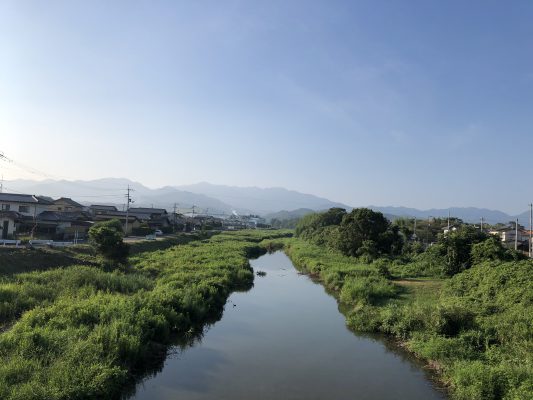 Line 10 is well maintained and easy to drive, so far it is going well.
If you turn right at the intersection in the center of Nagao, you will gradually see more slopes that become mountain roads. 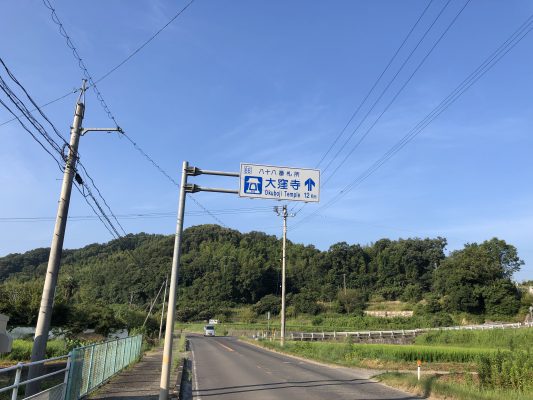 When I saw the 12km sign to Okuboji, it became a complete uphill and I gave up riding my bicycle.
I just walk on the mountain road while pushing my bicycle.

At 7:30, the sun rises and the heat increases. In addition, the exhaust gas of heavy trucks running on the road further increases the heat, and the cry of cicadas accelerates it.
On the way, I encountered a snake several times.
Every time I saw a snake, I was wondering if it would be delicious if I ate it, maybe because I came out without eating breakfast, or because of the heat.
Every time I drink water, I sweat.
Since there is nothing in the stomach, it feels like water is flowing from the stomach to the skin even after hydration. 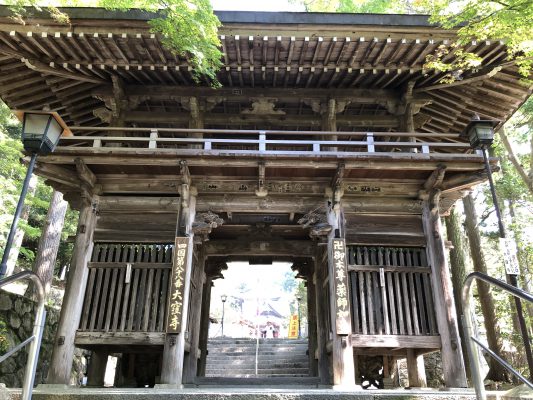 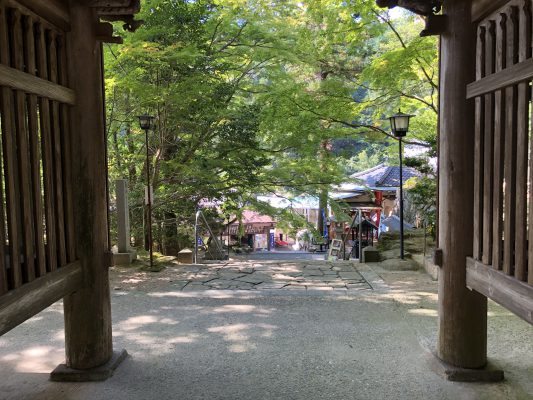 I finally arrived after walking from the remaining 12km.
The time was 8:45 minutes. It was about two and a half hours after leaving TA. Okuboji has beautiful autumn leaves and I have visited it several times by car, so I didn’t get the impression that it was so far, but I wondered if it was so far on a bicycle.

Enter the precincts and immediately go to the nokyo office and ask for nokyo. 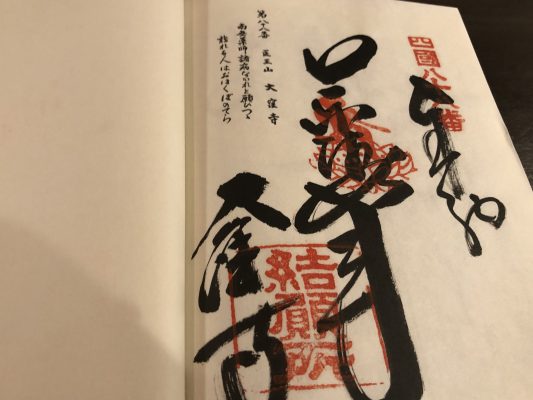 However, it seems that the order is to visit the main hall and the daishido in that order, and have them nokyo after the nokyo is completed. 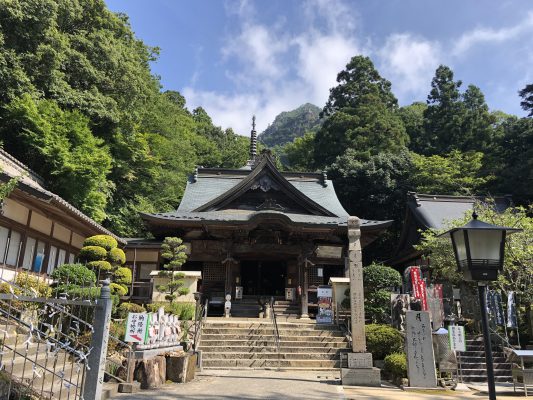 The order was changed, but I went to the main hall, lit the incense sticks and candles, and put the bills in the box (*) The bills are for reporting the worship report to Kobo Daishi. It seems that the color of the bill will change depending on the situation. 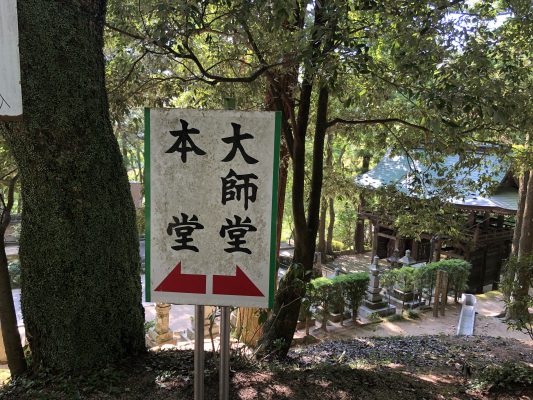 Just putting your hands together and closing your eyes will calm your mind. I left the precincts with a refreshing feeling and headed for the next 87th. 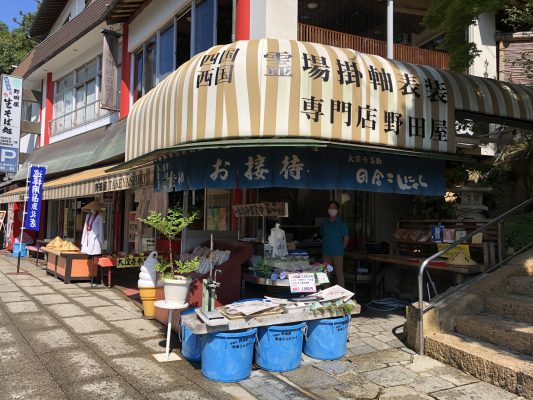 Go down the stairs and entertain “Kuzuyu” from Nodaya on your right which was moisturized my throat. 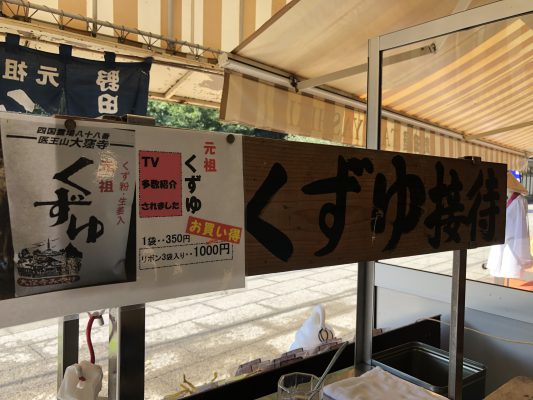 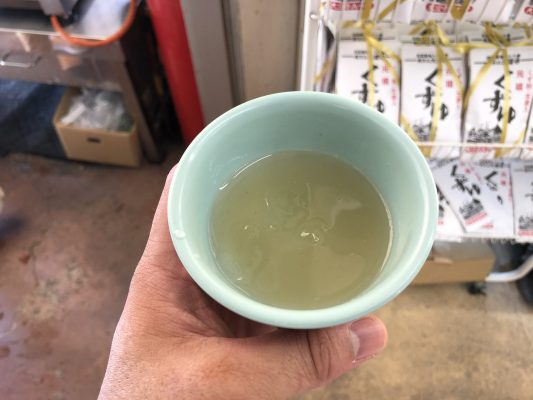 This Nodaya is famous for “driving udon” and many people visit it during the cold season.
I would like to come to eat when it gets a little cold.

The next destination is Nagao Temple at No. 87.
Since I climbed the mountain road, I will run down the downhill at once!